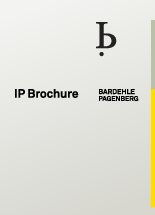 An IP licensing agreement establishes a contractual relationship intended for the long term and is a valuable instrument for exploiting IP rights. It allows third parties to participate in the utilization of IP rights, from which they are generally prevented because of the position of exclusivity which proprietors of IP rights have by virtue of law. For a variety of reasons, there is considerable interest in such participation by third parties; they include not only the generation of revenue but also the pursuit of certain business strategies and – speaking from society’s perspective – the spread of valuable innovations on the market. This complex set of interests involved as well as the permanent relationship which a licensing agreement usually entails should be adequately considered when drafting the agreement.

1. What is a licensing agreement?

A licensing agreement is an agreement sui generis which allows the proprietor of IP rights to grant third parties rights of use to the IP right in question. As opposed to a transfer of full ownership, the licensor remains the proprietor of the rights and, by wording the agreement, determines to which extent they want to relinquish their exclusive rights laid down by law to the benefit of the licensee. Generally, three categories of licensing agreements have evolved: Non-exclusive, sole, and exclusive licensing agreements – depending on the extent to which the licensor itself wants to stay involved in the use of their IP rights and on whether the other contractual party is to obtain an exclusive or non-exclusive legal position.

To put it boldly, concluding a licensing agreement can be compared to a “wedding”: Sufficient time, understanding and assertiveness will pay off when searching for a win-win solution.

In contrast to other types of agreements, the type of licensing agreements is not separately regulated by German law. Instead, only basic provisions can be found in special legal stipulations, such as patent, trademark, and copyright law. Additionally, one has to draw on provisions from other legal areas, particularly on the

•    law of obligations (such as the law on terms and conditions, sales of goods, rental, corporate, or product liability),

3. Special importance of preparing and drafting

3. Special importance of preparing and drafting

A licensing agreement is a contractual exception from a ban on use established by law. Hence, the drafting of the agreement is particularly important to define the scope of permitted use of the IP right as precisely as possible, while leaving enough leeway for future developments. As far as possible, the short-term and long-term goals of the pursued entrepreneurial goals should be reflected in the agreement just as clearly and expressly as the handling of contentious issuesin the future which are either obvious or particularly critical. This helps avoid that the long-term relationship established by the agreement is burdened with future conflicts. At any rate, one should be very cautious about using templates, as “the” right licensing agreement does not exist. Instead, the core aspects of the agreement should always be penned by the parties themselves and, at best, only be compared to existing templates afterwards. In particular, every individual case has to be adapted to the business strategy pursued which may depend on various factors such as the economic sector in question, the market position the party has or strives for, the specific situation in terms of competition, etc.

In practice, there is often not enough focus on the internal preparation for the negotiations of licensing agreements. Before speaking to the other contractual party about the contents, several aspects should be clarified internally. In general, as part of the preparations, it is advisable to assemble a team that not only has legal expertise but also covers the topics of finances, marketing, production and, as the case may be, research.

In advance, each party should clarify internally which larger mid- and long-term goals it wants to achieve by means of the licensing agreement. They vary depending on the business strategy which could, for example, primarily focus on:

With respect to the contractual partner, the question is worth-while of whether the licensing agreement is to form the only overlap or whether additional cooperation seems desirable.

•    Specific object of the licensing agreement

Regarding the specific object of the licensing agreement, both contractual parties have to come to a clear understanding of the specific object for which they intend to take/grant a license. In addition to the IP right which must be precisely defined, this may also include required know-how, developments, and improvements. Furthermore, the parties should ponder the scope of the licensing in terms of content, persons, time and territory (taking potential national differences as to the scope of protection of the IP right into account).

Especially if long and intense negotiations are expected, briefly summarizing the most important objectives to be achieved by means of the licensing agreement is helpful; such objectives may include minimum purchase quantities, as much exclusivity as possible, the adherence to certain timelines, possibilities of enforcing rights, etc. This can be a valuable “checklist”, for example when one of the parties surprises the other one with a new clause during the final phase of the negotiations and there is not enough time for an in-depth review.

In general, when negotiating licensing agreements and thus contracts for the performance of a continuing obligation, avoiding a particularly harsh negotiating style is advisable. In the long term, taking a co-operative approach directed at finding a win-win solution is more promising for both parties. What is very helpful for this is entering into the negotiations with a well-versed team trained for this.

Not in all legal areas is it helpful to think in terms of opposites such as win/lose, strong/weak, your interest/my interest. Let us compare the conclusion of a licensing agreement to a wedding once again: Who is the “winner” in a marriage?

The better both parties understand the positions of each other and the more they try to include the parts which are particularly important to the other party in the agreement, the more stable and long-lasting the licensing relationship will be. This requires a good balance between understanding on the one hand and assertiveness on the other. The following aspects are helpful in this context:

Enough time has to be allowed for the negotiations and drafting of the agreement. If a lack of time results in a situation in which the contractual parties fail to notice that they pursue goals which, ultimately, are irreconcilable, or that they imply contradictory ideas of the long-term implementation of the agreement, etc., the licensing relationship will turn out to be unproductive for both sides. This particularly applies if the negotiating parties have different cultural backgrounds.

A letter of intent or a memorandum of understanding can be helpful tools for finding consensus. Drafting such documents is recommended right at the beginning of the negotiations and when important stages of the negotiation are reached. Right at the beginning of the negotiations, a letter of intent may help the parties ensure that they agree on central starting points. In each individual case, examine whether to draft them without an immediate binding effect (which is often the case) or whether to make individual aspects binding. The applicable law should always be chosen in such documents, too. At any rate, a letter of intent and a memorandum of understanding build trust, which may become relevant in the context of a pre-contractual liability if German law is applied.

A thorough due diligence of the rights to be licensed should take place. If the agreement pertains to the licensing of (secret) know-how, the parties also have to ensure that it can be adequately examined. Additionally, one should get informed about the intended contractual partner – about its position on the market, financial situation, and potential existing legal disputes.

Test question: How would a judge understand the terms?

Every licensing agreement should cover these aspects:

Right at the end, when you are about to sign the agreement after months, or even years, of negotiations, you should be persistent and review whether the agreement sufficiently reflects the central aspects noted down initially. Often, aspects, e.g. as much exclusivity as possible, are undermined step by step during lengthy negotiations and under financial pressure. Even though compromising may very well be required, the agreement must sufficiently reflect the indispensable aspects at the end (even if this only means in monetary terms).

The drafting of licensing agreements differs considerably from other areas of IP law. Thinking in terms of opposites is less helpful here. Besides legal experience, various other qualities are relevant, especially economic, strategic, and even human ones. What is of particular importance is taking enough time to prepare for the negotiations, clarifying your short-, mid- and long-term goals, and understanding the other party’s position as well as possible. The latter may prove difficult but at the same time essential, particularly if the contractual parties have different cultural backgrounds. In the end, a good balance between asserting one’s own interests and considering the interests of the other party is necessary for devising an agreement which, over the long term, is as advantageous as possible.