This decision concerns a European patent application relating to the translation of a human language into an abstract formal language which was considered non-technical by the EPO’s Board of Appeal in charge. Here are the practical takeaways from the decision T 2825/19 (Natural language to machine language translator/RAVENFLOW) of 19.3.2021 of the Technical Board of Appeal 3.5.07:

The application underlying the present decision relates to a system and method for translating a natural (human) language into a formal language. The purpose of the formal language is to serve as a template for further translations into a variety of machine languages which are executable in specific operational environments (WO 02/103555 A2, page 1, first paragraph).

Here is how the invention was defined in claim 1:

In the first instance, the application underlying the present decision was refused due to lack of inventive step. According to the Examining Division, claim 1 comprises technical and non-technical features. However, in view of the cited prior art, the only identifiable technical contribution consisted in the claimed implementation of the non-technical features in the system disclosed in in cited prior art. More specifically, the Examining Division argued that the translation of linguistic considerations by means of a computer involves technical considerations, but no “further technical considerations” as required by the EPO’s case law:

3. (…) According to the examining division (see communication of 13 November 2018, point 4), referring to decisions T 598/14 and T 1177/97, the translation of linguistic considerations into a mathematical model with the aim of enabling the linguistic analysis to be done automatically by a computer could be seen as involving, at least implicitly, technical considerations. However, according to opinion G 3/08 (OJ EPO 2011, 10), point 13.5 of the Reasons, this was not enough as the technical character would have to be established on the basis that those considerations constituted “further technical considerations”. Moreover, machine-executable instructions per se were not technical as computer programs as such were explicitly excluded from patentability (Article 52(2)(c) EPC).

Against this assessment, the Appellant inter alia argued as follows:

4. (…) Furthermore, the appellant argued that linguistics was not concerned with translating expressions in an internal formal language into equivalent formal expressions executable in an external operational environment. Rather, steps b) to r) of the claimed method defined a technically advantageous method of translating natural language to executable formal expressions via an abstract formal language. This abstract formal language was explicitly designed to serve as a universal template for further translations into a comprehensive variety of machine languages which were executable in specific operational environments. This was evidence that the steps involved further technical considerations. The method of claim 5 did not use the computer merely as a tool for implementation but focused on improving the computer functionality itself.

However, the Board in charge did not follow the Appellant’s arguments:

5.3.6 (…) By contrast, the board sees no support for the appellant’s view that the concept “further technical considerations” should be interpreted with a broader meaning that would also cover considerations aiming to solve problems “merely” relating to programming such as maintainability, re-usability and understandability of program code, or, in this case, the use of a universal template for translating natural language into executable expressions in external operational environments. Such a broader view of the concept “further technical considerations” appears to be problematic with regard to the imperative to ensure legal certainty and judicial predictability requiring a uniform application of the law (see opinion G 3/08, Reasons 7.2.3) since no criteria are apparent which could then be used to establish a clear border between “technical” and “non-technical” aspects of computer programs.

5.3.7 In view of the above, the board agrees with the examining division that steps b) to p) do not contribute to the technical character of the claimed invention as these steps do not involve technical considerations going beyond “merely” finding an abstract computer algorithm to carry out the translation from natural language text into an internal formal language.

As a result, the appeal was dismissed.

You can read the whole decision here: T 2825/19 (Natural language to machine language translator/RAVENFLOW) of 19.3.2021 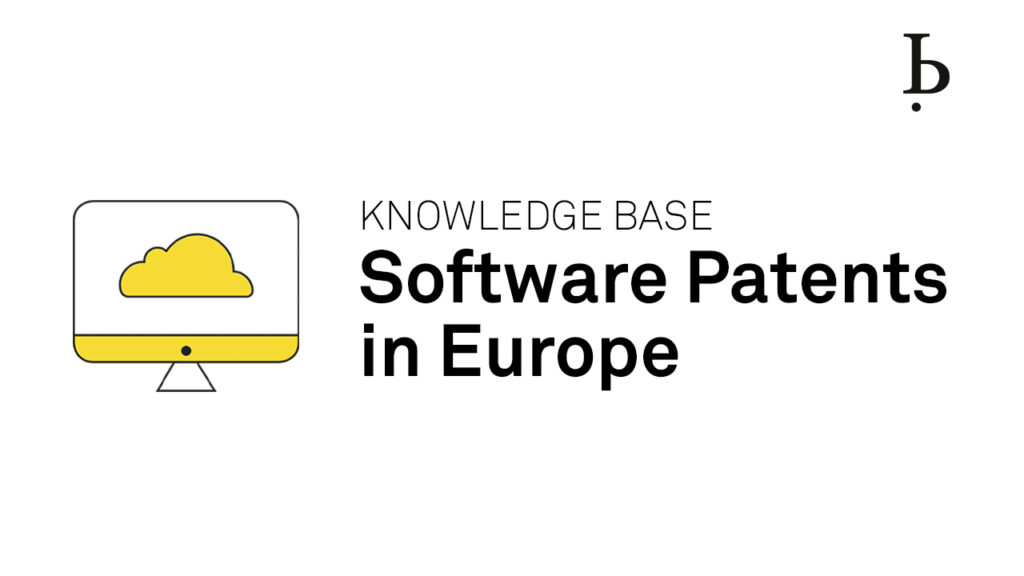 ▶ How the EPO examines software patents